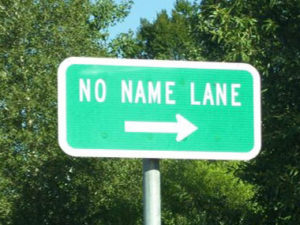 I know you’ve been to places where you will see something like Uche close, Taiwo street, Alhaji Usman road etc, yes this names didn’t just come by chance, it also doesn’t mean that the government named them. Majority are named by individuals. People like you and I.
Here are the steps you will need to follow in other to get a street named by you.  You get to name it any thing you want.
In some rural areas and some semi urban areas, streets are usually named by the person who first developed the area, either by being the first to build a house there, or the person that tarred the area.
What they do is to name the street, put up a sign post showing the name of the street. And that’s it, the street or area is now named. Either government agency shows up and demand for proper certification or they don’t, in most cases they don’t.
But if you want to do every thing by the book, here are the things you’ll need to do.
Write a letter to the Local government in charge of that area, to make a request for street with the name you desire.
The local government official will investigate the street and make a public announcement on the street so that any one that has an objection, will come forward, and it will be looked into.
Amount of money to be paid depends on the Local Government that has jurisdiction over that area.
What each LGA looks for before approval is not certain, they defer from LGA to LGA,  they are not same. But the one thing that is same all over 774 local Government Area in Nigeria is that you’ll have to pay money before approval.